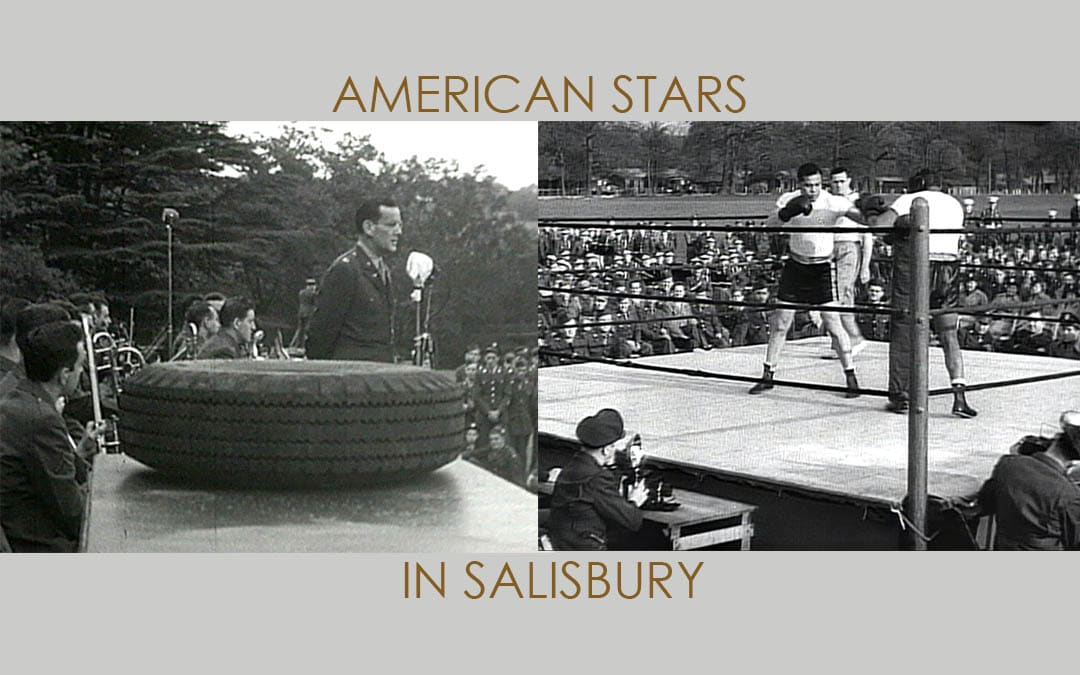 Glenn Miller and the world heavyweight champion Joe Louis performed in Victoria Park during the war.

During the days of the Secret Spitfire Factories, there was not much rest for anyone who lived and worked here. Constant worry of bad news regarding loved ones at war, working around the clock to make Spitfires and fear of being attacked by the Luftwaffe was a way of life.

But the spirit of the people doing their best for fighting the war was sometimes lifted and as one of our witnesses said, “the war wasn’t all bad, you’re only young once and have to find the fun where you can”. With the arrival of thousands of American GI’s to Salisbury and surrounding area, there were some positive times to be had too.

Americans were an integral part of this region and they built hospitals in Salisbury still in use today. They put on dances for the city folk and events for children as well as some great shows in Victoria Park starring Glenn Miller and Joe Louis. The world heavyweight champion Joe Louis was in fact a Sargent based in Salisbury who put on demonstration fights for the locals and soldiers.