Many nationalities fought at the Battle of Britain 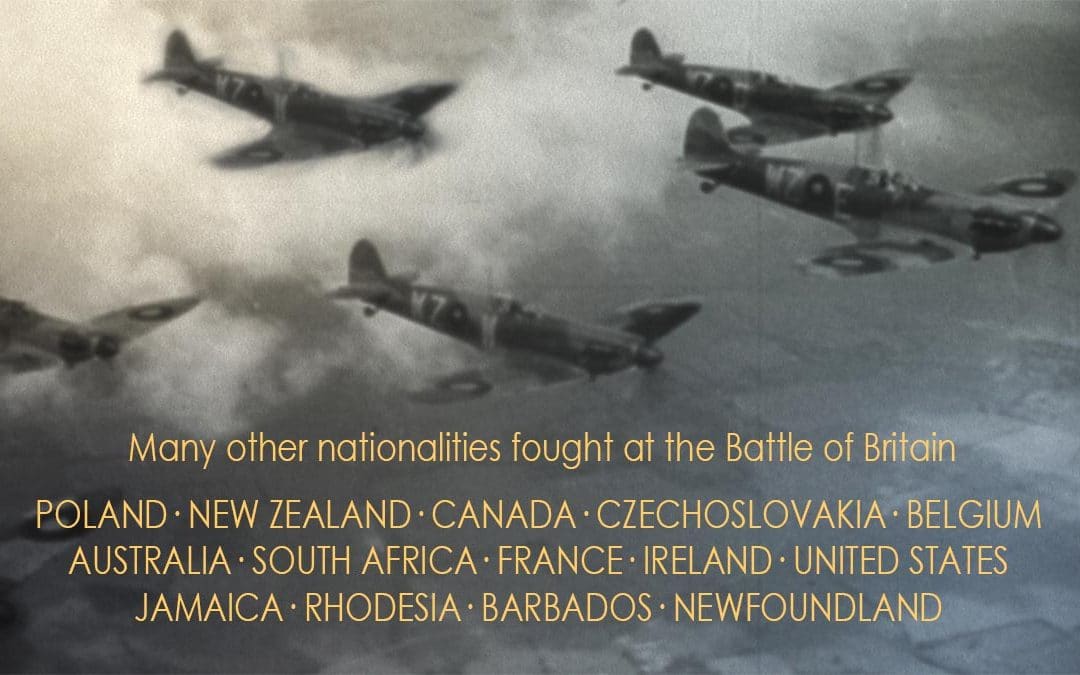 During the Battle of Britain many other nationalities fought for Britain to defeat the Nazis. Many of them volunteered to serve in the RAF, some were from the British Empire and others were refugees and exiles from occupied Europe. We have been told of many acts of bravery by them all who fought alongside our British pilots Churchill famously referred to as “The Few”. Names of all these brave people are engraved on the Battle of Britain Memorial in London.

There is no specific order in the list other than the numbers involved from these countries.

We are grateful to all those who fought and secured our freedoms. They will not be forgotten.