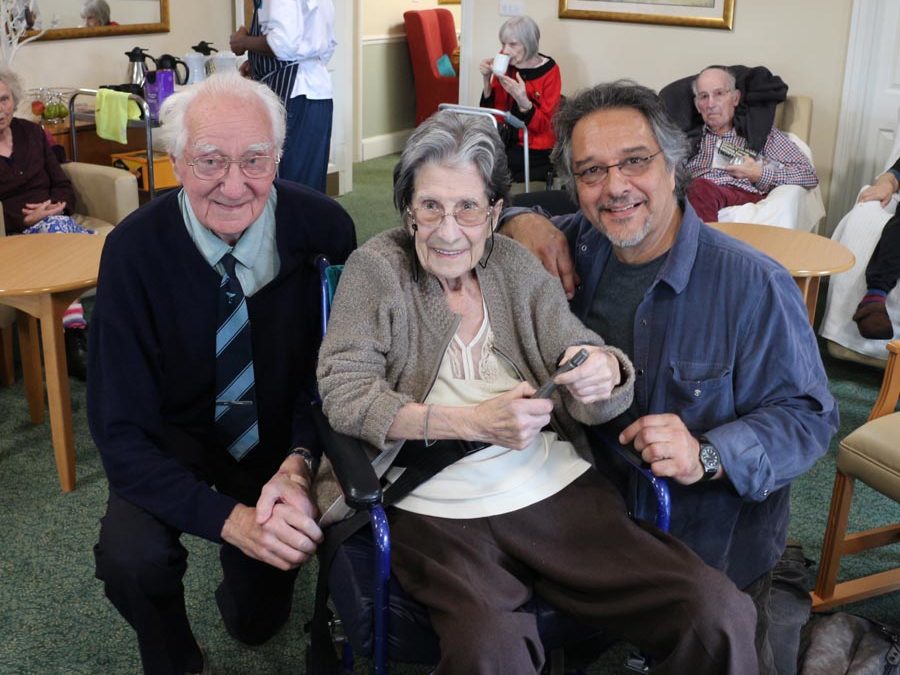 When we did our private screening for all the cast of our documentary, Joyce, one of our Trowbridge Secret Factory girls, was unable to make it due to her health. We were not going to let that get in the way so we took the film and gave her a special screening along with her friends at Oaks Care home she’s resident at. It was organised by our angel Wendy Johnston whose mum Joan Little was also one of the Secret Factory girls in our film and very sadly passed away recently before she had the chance to see it. We were not going to let that happen again and now have shown the finished film to all our survivors.

On the day we had our Norman Parker who was an engineer building Spitfires too and he brought along a bolt that was used to secure the wings to the fuselage which is something Joyce was very familiar with (she’s holding it). She was still trying to play her role down as all these girls do, claiming they were simply doing what was necessary, yeah, building thousands of Spitfires, working day and night. At least she is now immortalized with our other factory workers for generations to come and see what our grandparents have done for us to enjoy our freedoms. What an amazing generation we really can’t thank enough!