She wanted to meet him but dreaded seeing him! 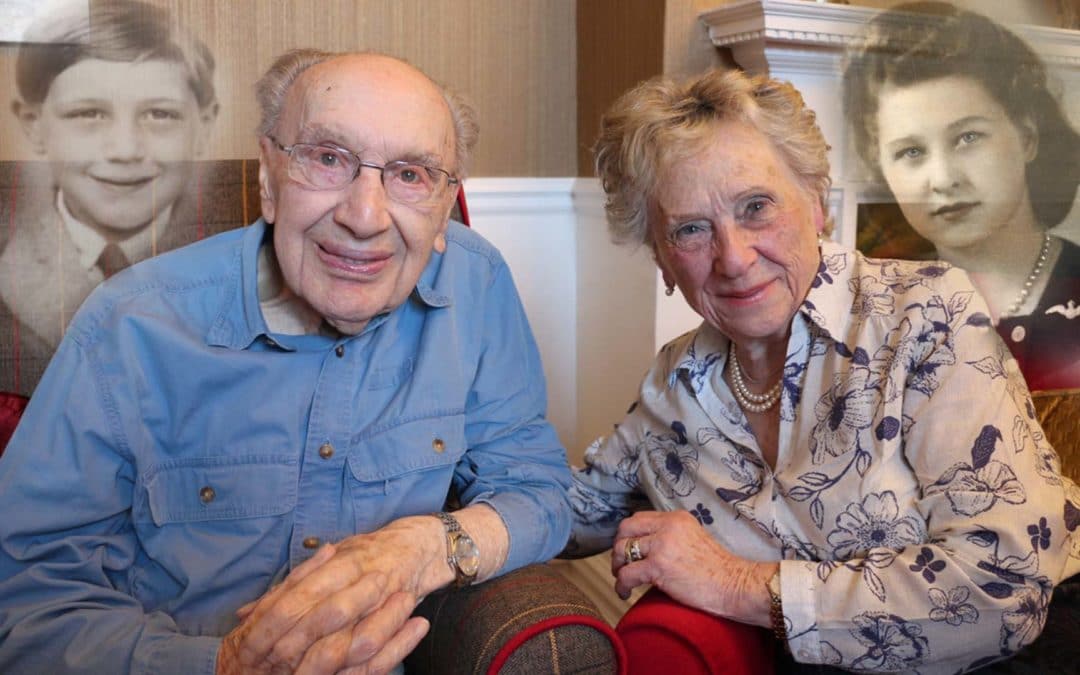 She saw him every morning, always wanted to speak to him but dreaded seeing him. During the war Adele was a young teenager, with her dad away in the war, she helped her mum looking after her two little brothers. Gordon was the Telegram Boy doing his deliveries on his bicycle.

Every morning Adele would leave for work and wait around the corner for Gordon to make sure he did not stop at their house delivering bad news to her mum. She always wanted to stop and chat to Gordon but dreaded seeing him and never got the chance. As she told us “it must have been awful for him having to deliver bad news of loved ones at the war”. As Gordon also confirmed “it was awful to see people worrying holding the envelope, shaking”.

We got them together for the first time since the war. They were unable to attend the recent private screening in honour of all the witnesses who appeared in our film so we decided to take the film to them. With the kind help of Milford House Care Home, we organised a special screening for our Telegram Boy Gordon, their residents and invited Adele to come too. It was a great honour for us to be with that amazing generation who did so much during the war but never accept any praise, let alone speak about it. It was a packed house and the conversations we had after the show were most informative about life during the war.