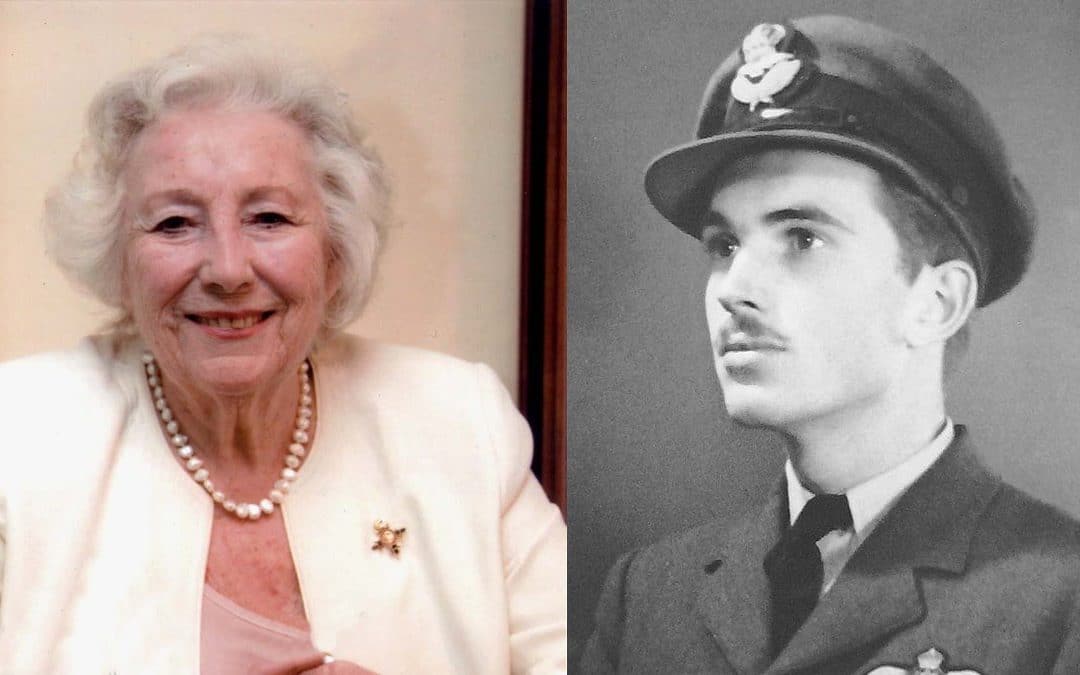 Oh! I have slipped the surly bonds of earth,
And danced the skies on laughter-silvered wings;
Sunward I’ve climbed, and joined the tumbling mirth
Of sun-split clouds, –and done a hundred things
You have not dreamed of –Wheeled and soared and swung
High in the sunlit silence. Hov’ring there
I’ve chased the shouting wind along, and flung
My eager craft through footless halls of air…
Up, up the long, delirious, burning blue
I’ve topped the wind-swept heights with easy grace
Where never lark or even eagle flew —
And, while with silent lifting mind I’ve trod
The high untrespassed sanctity of space,
Put out my hand, and touched the face of God.

“A great loss to English literature” were the words of Sqn. Ldr. Andy Millikin (aka “Milli”), the Officer Commanding The Battle of Britain Memorial Flight. Fresh from his Spitfire/Hurricane aerobatic session with Wing Commander Justin “Hells” Helliwell,  had just enthralled us with his interpretation of John MGillespie Magee’s most famous of all his 60 and more beautiful poems, “High Flight”, standing before a Spitfire in the “cathedral” of the Battle of Britain Memorial Flight hangar.

For all its brevity, John had an extraordinary life. His parents, both Missionaries, had met and married in China and John was born in Shanghai a year later, the eldest of four brothers. When he was 10 his mother moved to England and he attended the famous Rugby School where he won the Poetry Prize for a sonnet to the poet Rupert Brooke, himself an old boy of Rugby. Brooke too had won the same prize 34 years before. By chance he was visiting the USA when war was declared and so, not being able to return to school for his final year, decided to join the Royal Canadian Air Force. Like thousands of other young Americans, he was knowingly breaking the law but with the tacit approval of the then officially neutral U.S. government, he was volunteering to fight the Nazis. He was assigned to No. 412 Squadron RCAF forming at Digby, Lincolnshire, very near RAF College Cranwell – and RAF Coningsby.

Descending at speed through cloud after a flight to 30,000 ft, John collided with an Airspeed Oxford trainer being flown by Leading Aircraftman Earnest Griffin based at RAF Cranwell. Both men were killed in the collision, and a farmer witnessed John attempting to escape from the cockpit, but he was too low for his parachute to open fully. He was buried with full military honours two days later at the local churchyard of Scopwick.

And his most famous poem? He had copied it on to the back of one of his last letters to his mother three months previously. As I say, there were around 60 poems in all which remained unpublished during his lifetime. President Ronald Reagan quoted from the poem when addressing the nation after the Challenger disaster, and now we have been truly blessed with Dame Vera Lynn recording it exclusively for our film The Secret Spitfires. An excerpt of this recording can be heard in our main Secret Spitfires promo on the home page.

A sonnet to Rupert Brooke.

“We laid him in a cool and shadowed grove
One evening in the dreamy scent of thyme
Where leaves were green, and whispered high above —
A grave as humble as it was sublime;
There, dreaming in the fading deeps of light —
The hands that thrilled to touch a woman’s hair;
Brown eyes, that loved the Day, and looked on Night,
A soul that found at last its answered Prayer…
There daylight, as a dust, slips through the trees.
And drifting, gilds the fern around his grave —
Where even now, perhaps, the evening breeze
Steals shyly past the tomb of him who gave
New sight to blinded eyes; who sometimes wept —
A short time dearly loved; and after, — slept.”

I record here another lovely poem of his – the one which won him his poetry prize. The world has much to thank John Gillespie Magee for. He had so much more to give, yet at only 19 gave his life for another country.

To quote Milli – a great loss.