They built Spitfires right in the centre of Salisbury 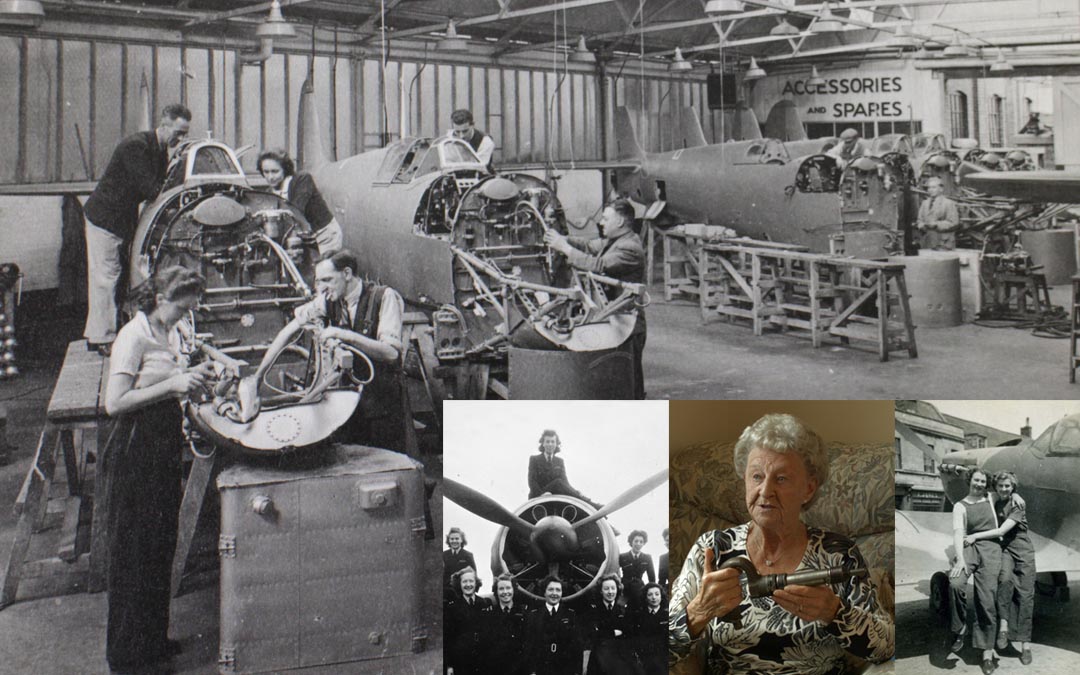 Who would have thought it possible that a handful of young girls, women, boys and a few elderly men could build thousands of Spitfires hidden in sheds, garages, bus depots and a hotel right in the centre of Salisbury?

This incredible story is being told for the very first time in a documentary Secret Spitfires to be released in the summer. Salisbury was the biggest centre among the secret factories set up to produce Spitfires along with other secret centres at Trowbridge, Newbury and Southampton after the original Spitfire factories in Southampton were bombed by Luftwaffe.

For the war effort many young girls, boys, women and elderly men were commandeered and given war work in secret factories. Many never knew what they would be doing as most never worked in a factory before. Like our riveter girl Bette, she was a hair dresser one day and a Spitfire riveter soon after. This amazing group of people built over 2300 Spitfires during the war, over 10% of all the Spitfires built.